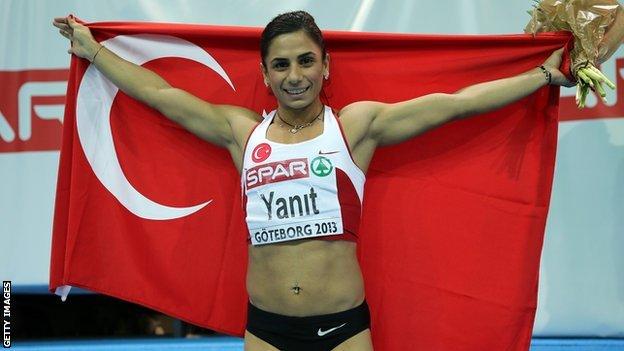 Turkey has been hit by a series of doping scandals at a time when Istanbul is bidding to host the 2020 Olympics, competing against Tokyo and Madrid.

The International Olympic Committee select the host city on 7 September.

Earlier this month, the Turkish Athletics Federation gave two-year suspensions to 31 athletes for drug offences, including Esref Apak, who won a silver medal in the hammer at Athens Olympics in 2004.

Russian shot-putter Anna Avdeyeva has also been banned for two years for a drugs offence.

Avdeyeva, 28, tested positive for the banned substance oralturinabol from a sample taken in Moscow on 30 July.