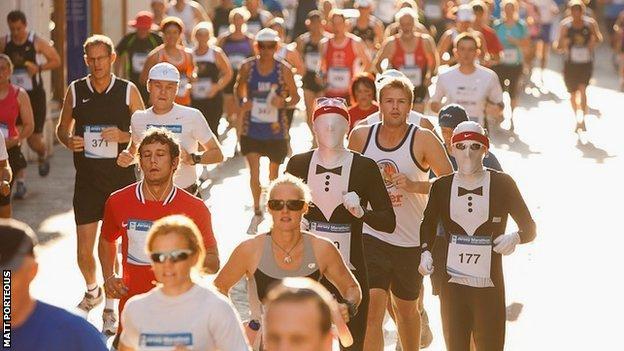 Standards at the Jersey Marathon are getting better every year, according to the organiser of this year's race.

The event takes place on Sunday 6 October, with more than 500 runners expected to take part, as well as relay teams and 3K fun-runners.

"You only have to look at the wining times which are getting better and better," race director Andrew Thomas told BBC Radio Jersey.

"It's a hugely competitive event and we encourage people to come here and run."

Last year's men's marathon was won in a course record time of two hours, 24 minutes and 42 seconds by Thomas Abyo, more than five minutes quicker than the previous best, while Shona Crombie-Hicks holds the women's record in 2:53:36.

"We're well supported by sponsors and equally we're pushing for increased entry year-on-year and the profile we're getting in the media locally and nationally is fantastic," added Thomas.