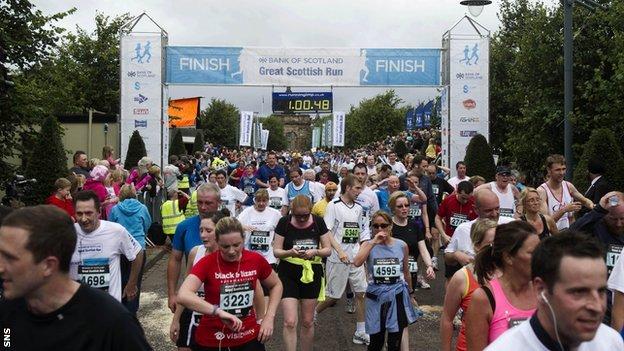 And Haile Gebrselassie, who will also compete at the half marathon in Glasgow.

Around 25,000 runners are expected to take part.

The route has been altered to pass many of the venues for next year's Commonwealth Games.

Though Joseph Kibor and Jason Mbote have both won the men's race three times, Kenyan Birech would be the first to claim three victories in a row.

Two-time Olympic 10,000m champion Gebrselassie, who turned 40 in April, won the half marathon at the Great Birmingham Run in 2011.

Fellow Ethiopian Bezunesh Bekele was the fastest woman in last year's half marathon in Glasgow.