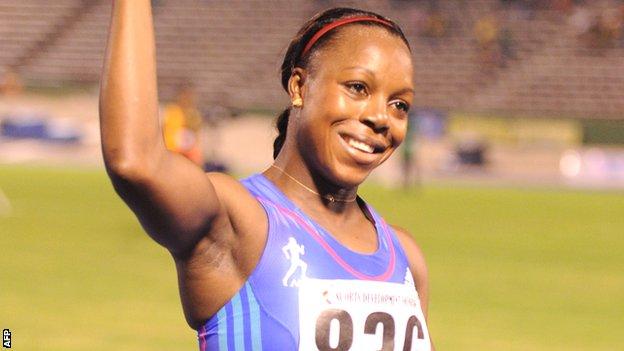 The Jamaican who won gold at Athens 2004 and Beijing 2008, tested positive for a banned diuretic at the Jamaica International Invitational in May.

The 31-year-old was suspended pending a Jamaican disciplinary committee review.

They deemed a reprimand sufficient because the banned substance was not used for performance enhancement.

The full text of the ruling by a former judge, an attorney and the head of the island's medical association has not been publicly released, but a Jamaica Athletics Administrative Association statement said its disciplinary committee acknowledged Campbell-Brown had "committed an anti-doping violation".

The disciplinary committee "recommended that a reprimand without any period of ineligibility would be appropriate".

World Anti-Doping Agency (Wada) responded by issuing a statement which says the IAAF has the right to appeal against the JAAA's decision.

"In this case, IAAF rules apply in addition to the regulations set out in the World Anti-Doping Code," the statement said.

"Therefore, the IAAF has 45 days (from receipt of the decision) to file an appeal. After this period, or once they have made their decision, Wada will have 21 days to decide whether to lodge an appeal."

Jamaican sprinting has been under scrutiny this year with Asafa Powell and Sherone Simpson also testing positive for banned substances, which forced them to miss the World Championships in Moscow in August.

And in 2009, Jamaican sprinter Yohan Blake and three other islanders received reduced suspensions of three months after testing positive for a banned stimulant.