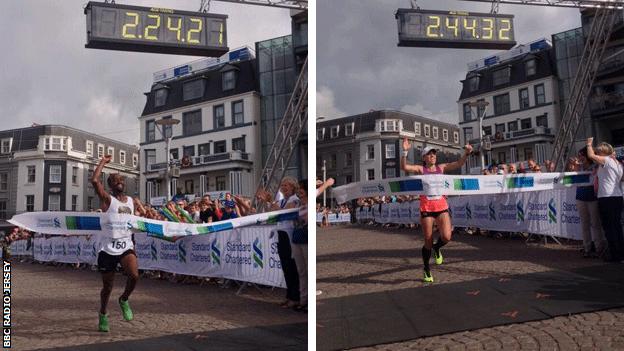 The winners of the men's and women's events at the 2013 Jersey marathon both set new course records on Sunday.

Jo Meek from Tavistock in Devon, finished second in the women's race.

More than 500 runners took part, as well as thousands more in relay teams and the 3K event.

Chumba, who was second in the Guernsey marathon this year, held off a strong challenge in the late stages from last year's winner and previous record holder Thomas Abyo, with the Ethiopian finishing in second place.