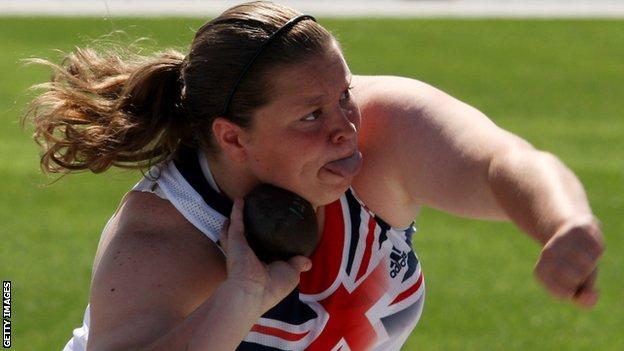 Shot putter Sophie McKinna is confident of making the England team at the Commonwealth Games after learning she is to receive lottery funding.

The 19-year-old is on the list of athletes deemed to have the potential to win a medal at the 2020 Olympics.

And she is now on course to compete the 2014 Commonwealth Games in Glasgow.

"I've thrown the A standard once, nearly twice, and the B standard 13 times. So hopefully I'll be selected," she told BBC Radio Norfolk.

"My nearest rival has thrown the B standard three times," she added.

"It's a positive to have thrown the standard that many times and hopefully that will mean they will take me to Glasgow."

And she will begin the new season with funding as part of UK Athletic's podium potential programme.

"It's good to get the attention of the people who make the big decisions. Hopefully, I can go on and show them that they made the right decision," said the teenager.

"The backing gives me stability and allows me to go on warm weather training. Hopefully I can train more often as I come into my most important years."