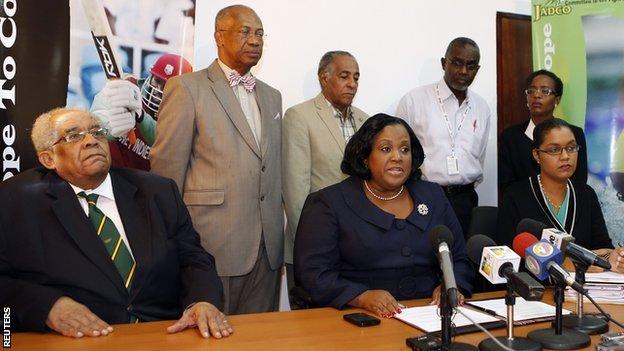 Jamaica's sports minister Natalie Neita-Headley has vowed to improve the country's drug testing after a visit from the World Anti-Doping Agency.

Neita-Headley said the Jamaican Anti-Doping Commission's (Jadco) two-day meeting with Wada had been "constructive" and "fruitful".

Jadco was criticised by its former executive director Renee Anne Shirley, who had claimed testing in the run-up to the London Olympics was virtually non-existent.

Wada's audit is not expected to be made public until after their conference in Johannesburg, which runs from 12-15 November.

Neita-Headley added: "I am pleased to confirm that the three-member Wada team visited Jamaica and engaged in constructive meetings with Jadco over the past two days.

"They had very fruitful discussions with our team and have committed to working in closer partnership with Jadco to make it not only world class but also best in class.

"There is no doubt that we have done some things well but, like with all other growing organisations, Jadco is only five years young and there are areas that we are seeking to improve."

The agency is increasing staff numbers, with nine new posts likely to be filled within two months in addition to the newly appointed executive director Carey Brown.