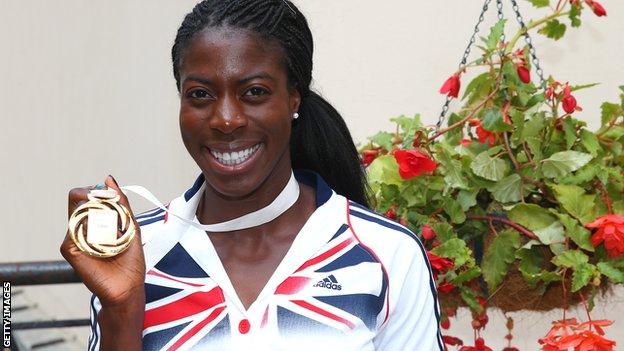 The 2013 Sunday Times Sportswomen of the Year shortlist has been unveiled.

Equestrian's Charlotte Dujardin, cricketer Heather Knight and cyclist Becky James are all in contention for the 26th edition of the main award.

Other awards are Young Sportswoman (under 21), Disability Sports Person, Lifetime Achievement Award and the Helen Rollason Award for Inspiration.

Recent Sportswomen of the Year

The awards are supported by the Sport and Recreation Alliance, UK Sport, Sport England and the Women's Sport and Fitness Foundation.

A selected panel of judges will decide the winners in a presentation ceremony on 5 December.

A Team of the Year award will be decided by online votes.

The public has until midnight on 25 November to choose between England's Ashes-winning cricket team, the England netball team, who lost only one Test match in 2013, Europe's Solheim Cup team, who won for the first time on American soil, and Great Britain's team pursuit cycling squad, who won the women's 3km team pursuit at the World Track Championships.