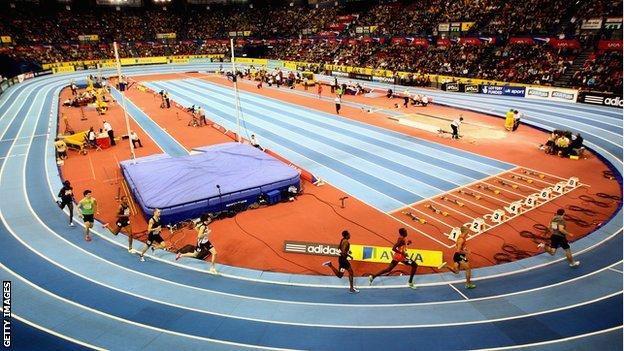 Birmingham will host the 2018 World Indoor Championships after the International Association of Athletics Federations awarded the 2016 event to the American city of Portland.

The IAAF opted to appoint hosts for both editions after failing to split Birmingham and Portland's 2016 bids.

Birmingham's National Indoor Arena staged the event in 2003 and a £26m refurbishment is due to finish in 2014.

The 2017 World Championships will be held at London's Olympic Stadium.