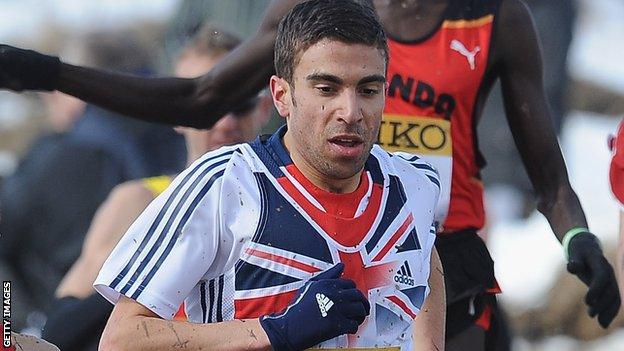 The Middlesbrough man failed to qualify for December's European Cross Country, a race in which

I've only ever had one really good run over steeplechase. It's made me decide to leave it and concentrate on the flat races

"It's the best I've run for a while now so I'm really pleased to get going as I was injured and ill before the European trial race," Taylor told BBC Sport.

Before the weekend race in Scotland's capital, the 26-year-old had endured a frustrating few months.

Two weeks prior to his disappointing performance in Great Britain's European Cross Country selection race, he failed to finish whilst racing for England in Spain.

"I became quite unwell on the eve of that race, but I'd made the trip abroad and thought I should give it a go anyway," he explained.

Steeplechase: an event in decline

But of those 69 Brits above him in that list, only four have entered it since 2005.

"With hindsight, it was a bad idea as it really set me back."

Having ended the previous summer by running eight minutes, 38 seconds in the 3000m-steeplechase - a 10-second improvement - he looked set to improve that mark further. But it did not transpire that way.

"I don't regret doing the World Cross, but I do think it was one cross country too many last season," said Taylor.

"After it, I just steadily declined during the track season which was frustrating.

"I particularly struggled over steeplechase, and quite honestly I've only ever had one really good performance.

"It's made me decide I'm going to quit the event now and stick to the flat. The times I consistently run for it don't do me justice as an athlete."