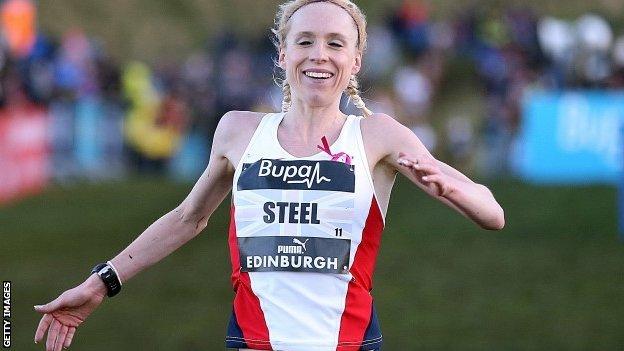 Gemma Steel won the final race of the day to help propel the Great Britain and Northern Ireland team to victory at the Bupa Great Edinburgh XCountry.

"It was great that the senior women could take care of business and get the overall team victory," said Steel.

"I'm pleased Emelia stayed with me, even on her senior debut, and we helped each other out."

Chris Thompson was the first British finisher in sixth place with a time of 12:05.

The junior races also counted to the overall team score and the home runners dominated the 4km women's event.

Bobby Clay won in 13:59 but British racers filled the podium places and had six finishers in the top 10.

The junior men were not quite as successful with 17-year-old Alex George the first home in eighth.