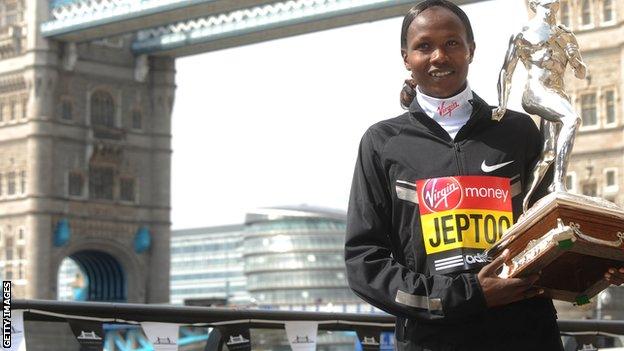 Jeptoo will be extremely difficult to beat

In all, eight athletes declared for the race in April have personal best times of under two hours 25 minutes.

Jeptoo produced a personal best of 2:20.15 to win last year, with Gelana suffering a fall midway through the race.

"She has shown with her performances over the last two years that she will be extremely difficult to beat."

Great Britain's Paula Radliffe still holds the world record for the 26.2-mile marathon distance with a 2:15:25 time set in 2003.