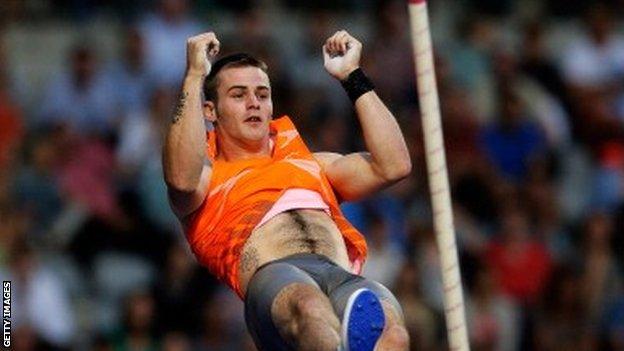 He is the training partner of Olympic heptathlon champion Jessica Ennis-Hill.

His new mark is the highest cleared by a Briton either indoors or out, with Steve Lewis's outdoor best standing at 5.82m.

Lane, who like Ennis-Hill is also coached by Toni Minichiello, gained 5,982 points to break the British record.

Alex Kruger was the previous record holder with 5,978 points set at the 1995 World Indoor Championships in Barcelona.