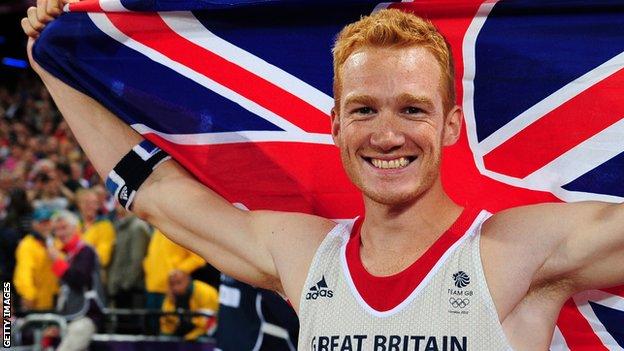 Olympic long-jump champion Greg Rutherford will prepare for the Glasgow Commonwealth Games by participating in the city's grand prix meeting in July.

The 27-year-old Englishman who will compete for Britain at August's European Championships, aims to recover from an injury-hit 2013.

The Commonwealth Games begin on 23 July and continue until 3 August.

"I am super excited to start competing and hopefully have a season a bit like 2012 and put to rest the demons of 2013," said Rutherford.

The Milton Keynes athlete ruptured his hamstring at a Paris Diamond League meeting barely a month before the World Championships in Moscow, where he failed to qualify for the final.

Of his plans for 2014, Rutherford said: "Originally I thought to myself I wouldn't do the Europeans, but now looking at the shape I'm getting into I think I'll do both and hopefully come away with two titles in one year."

Rutherford, who opted not to compete at the World Indoor Championships last month, is currently warm-weather training in San Diego, with his first European competition to come at the BT Great CityGames, the street athletics event, in Manchester on 17 May.