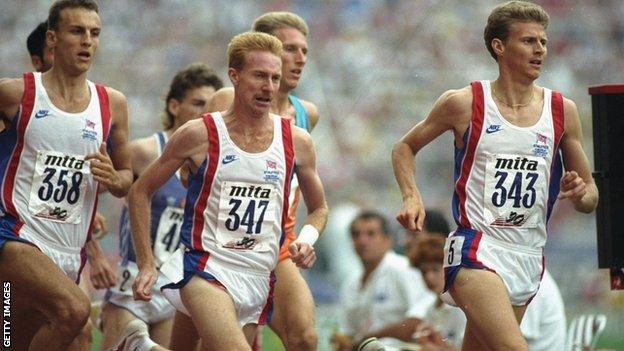 Former world champion Steve Cram has joined British Athletics as an adviser and mentor ahead of the 2016 Olympics.

The BBC athletics commentator, who won 1500m silver at the 1984 Olympics, said: "It's an exciting time for the British Athletics endurance programme and it's great to be part of it."

Mo Farah's coach, Alberto Salazar, is also a consultant in the set-up.

Cram will work under the guidance of British Athletics head of endurance Barry Fudge, as part of a programme designed to produce Olympic medal-winning athletes in distance races.

"Barry, Alberto, Paula and the team have been making good progress over the last six months and everything is on track for success as we head towards Rio 2016 and London 2017," said Cram.

Fudge said: "Steve brings a massive amount of experience both as an athlete and more recently as a coach. He will provide coach mentorship and technical expertise within the programme."