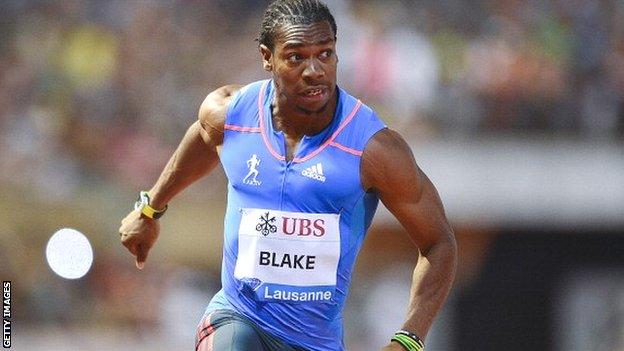 Olympic 100m silver medallist Yohan Blake has confirmed he will compete at July's Glasgow Grand Prix and says he is ready to "light up the track" again.

The Jamaican, 24, was unable to defend his 100m title at last year's World Championships because of injury.

The event takes place on 11-12 July at Hampden Park, just two weeks before the city hosts the Commonwealth Games.

It is part of the Diamond League series and will be Blake's first appearance in Scotland.

"After such a strong 2012, it was disappointing not to be able to continue that form into 2013," said Blake, who became the second fastest man of all time over 100m in 2012 but suffered hamstring problems last season.

"The competition in the Diamond League rivals the competition you get at major championships and it's that challenge that motivates me.

"I know it won't be easy, but I'm determined to show that 'The Beast' is back bigger and better."