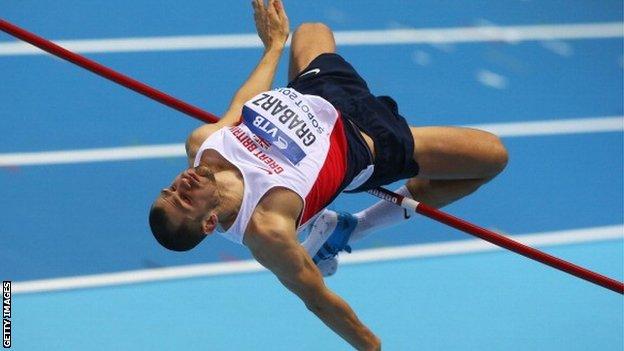 Olympic bronze medallist Robbie Grabarz will miss the rest of the season after deciding to undergo knee surgery.

The high jumper, 26, has had a tendon problem in his left knee for a year.

"I need to be operating at 100%, not 90-95% as I have been doing," he said. "It's totally upsetting as I just want to compete at major championships and challenge for medals."

Grabarz will miss the Commonwealth Games in August and will be unable to defend his European high jump crown.

"It's a long-term decision with 2015 and 2016 in mind," said Cambridgeshire's Grabarz, the first Briton to win the European high jump title since 1950.