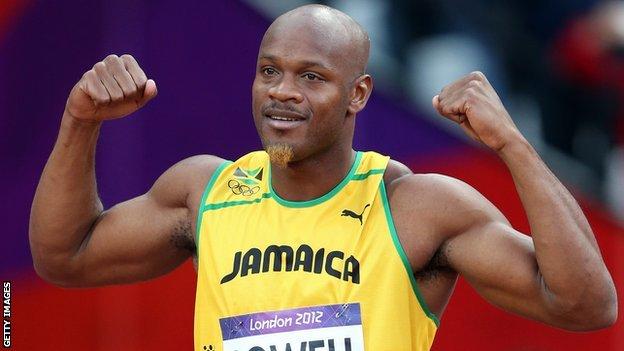 Simpson, 29, has also asked for her own 18-month suspension to be reduced.

"The athletes put forward that the offence committed is minor," a CAS statement read.

"They request that the suspensions be reduced to three months."

The pair, who have been suspended from competition since their doping case was disclosed last July, received an 18-month ban from the Jamaican anti-doping disciplinary panel in April.

Powell called the ruling "unfair and unjust", and said a legal supplement he took, Epiphany D1, was contaminated.

Simpson, an Olympic 4x100m relay gold and silver medallist, is a training partner of Powell and took the same substance at the same event.

Powell. who was the biggest name in Jamaican sprinting before the rise of double world and Olympic champion Usain Bolt, broke the world record in the 100m when he ran 9.77 seconds in 2005, then lowered the mark to 9.74 in 2008.

Powell and Simpson will miss the Commonwealth Games in Glasgow in July, but will be eligible to return to competition on 20 December.