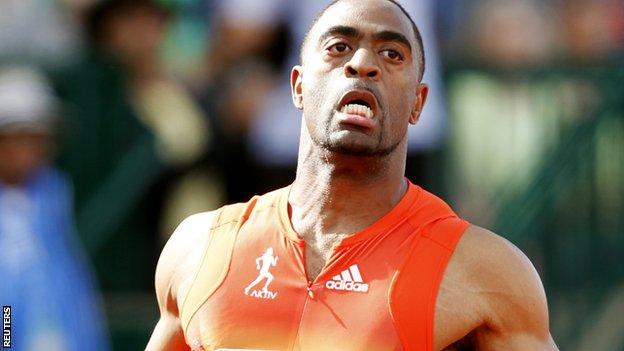 American former 100m and 200m world champion Tyson Gay will return from a one-year ban at the Diamond League meeting in Switzerland in July.

Gay was suspended in May after testing positive for a banned anabolic steroid.

His suspension was backdated to June 2013, the date he tested positive at the US World Championship trials, allowing his return in Lausanne.

Gay said: "Lausanne has always been one of my favourite meets and I'm thrilled to have it be my opening meet."

The 31-year-old will race in the 100m against American rival Justin Gatlin, who was given a four-year ban after failing a doping test in 2006.