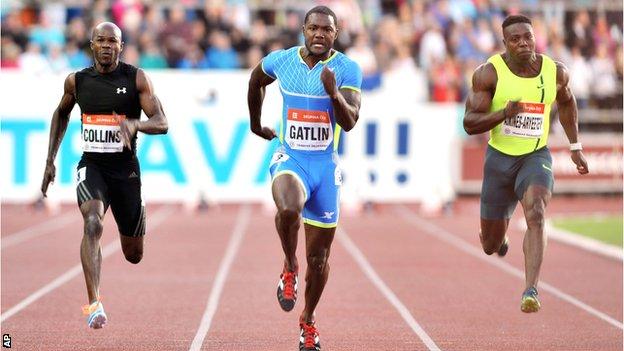 American Justin Gatlin improved on his own world-leading 100m time, clocking 9.86 seconds at the Golden Spike meet in the Czech Republic.

In Ostrava, he surged clear from the outset and improved on the 9.87secs he ran in Beijing last month, despite a head wind of 0.4 metres per second.

There were impressive performances from British athletes as 23-year-old Niall Flannery won the 400m hurdles in a new personal best of 48.80 secs, which puts him top of the British and European rankings for 2014.