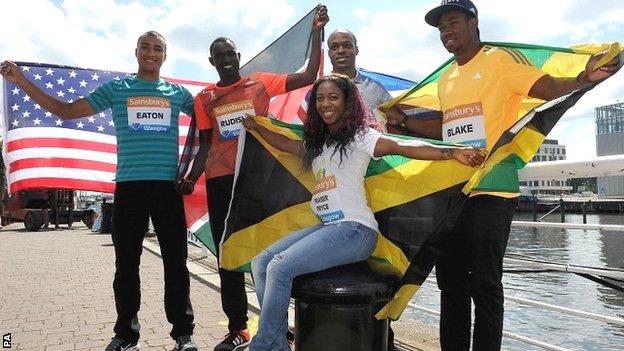 Will stars like Yohan Blake and David Rudisha get back to their best? Can Briton James Dasaolu claim the last 100m spot for the European Championships? Will Scottish athletes cope with the pressure of performing in front of their home crowd?

It's an odd time of the year. For some athletes there are major championships on the horizon, with Glasgow hosting the Commonwealth Games (23 July-3 August) in less than a fortnight and the European Championships (12-17 August) following hot on the heels.

Some athletes are behind schedule and they're hoping this weekend will help them. Others are worried so they're going to do more training rather than compete. And for some British athletes this is their last chance to either achieve the qualification standard for the European Championships or prove their worth to the selectors.

There's a lot going on and while there's no Mo Farah there are plenty of big names competing and a lot to look forward to.

Dwain Chambers gave the selectors a real headache by winning the 100m at the British Championships, but that's not his problem.

By finishing in the top two in Birmingham, Dwain and Harry Aikines-Aryeetey guaranteed their places for Zurich, which means the selectors will have to choose between James Dasaolu and Chijindu Ujah for the third and final spot. 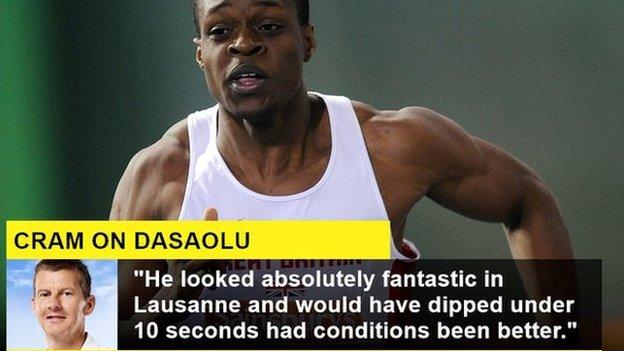 Both men have run under 10 seconds, Chijindu more recently, and both have achieved the 'A' qualifying standard.

If James and Chijindu were standing up in court, before a judge and jury, they'd both argue strong cases to be picked so this weekend may help the selectors one way or another because James will be competing.

I don't want to be seen favouring one or the other. It's a difficult choice to make, and a difficult situation for both sets of coaches and athletes.

With James, because of his injury problems, his coach Steve Fudge didn't think he should race too early and thought last week's Diamond League in Lausanne was a better option than the trials in Birmingham. That decision was probably vindicated by the way James ran in Switzerland.

He looked absolutely fantastic. He had the benefit of slightly warmer weather and, had a slight following breeze not picked up, he would have dipped under 10 seconds.

On the other side, you've got Chijindu who went to the trials and put his neck on the line. It'd be a real shame if he didn't go, given that he has run 9.96secs this year, but it's great for British sprinting because it shows strength in depth.

It's possible that Chijindu won't be competing in the Commonwealths or the Europeans and because of this I'll go back to Commonwealth Games selection.

Selection for the English team, which began at the start of the year and ended on 1 June, was way too early, unnecessarily so, particularly as the team didn't get announced until two weeks following selection. They weren't going to be able to pick the strongest team possible, and that's proved to be the case.

Big test for Rudisha in Glasgow 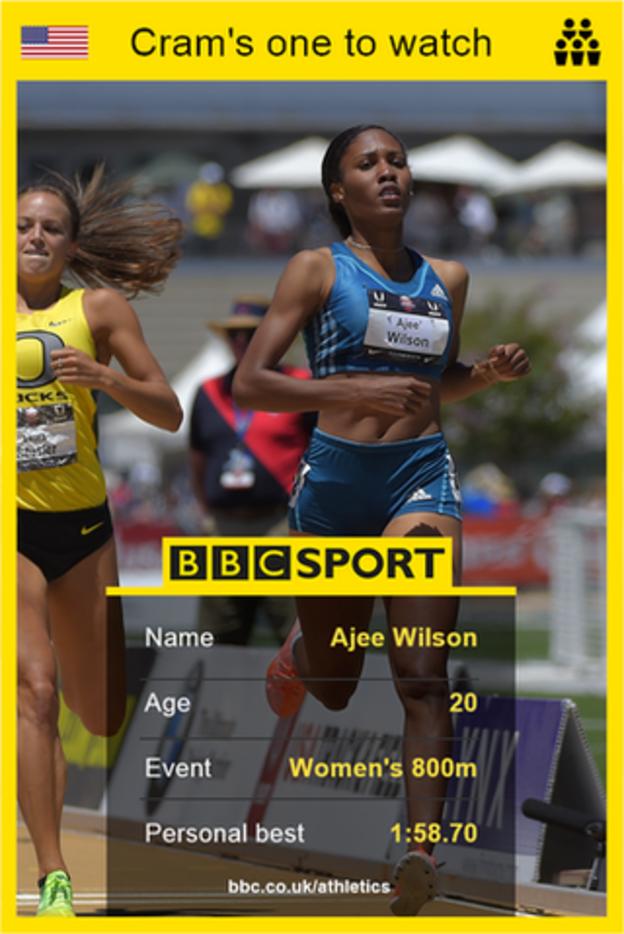 This season has been a struggle for Olympic 800m champion David Rudisha, a bit of a climb back to the top after missing most of last season with a knee injury and having to deal with a calf problem earlier this season.

And this weekend is a test for the Kenyan because, so far, he's been OK without being impressive, so he'll be looking for a bit more on Saturday.

Ethiopia's Mohammed Aman - the world indoor champion - isn't in the field and neither is Botswana's Nijel Amos, who was second in Paris last weekend, but the men's 800m line-up is pretty good so he'll have to be good.

If Rudisha is going to win gold at the Commonwealths he needs a good performance in Glasgow.

He needs a confidence-booster, but I'd still have him as favourite to win gold at the Commonwealths, just not the overwhelming favourite he was when he became the Olympic champion and world record holder two years ago.

It's disappointing Mo won't be in Glasgow this weekend because of illness, but he has to make his own decisions based on his fitness and make sure he's still ready for the Commonwealth Games. That's obviously going to be a bit of an issue because it's so close.

It's a blow for the meet, and not great for the Diamond League crowd, but these things happen and it would be more of a setback for the Commonwealth Games if he wasn't there so, fingers crossed, he will be able to compete.

The Diamond League will still be a fantastic meet and there's still the prospect of us being treated to a great two days of athletics.

Blake 'needs to get his act together'

Yohan Blake is one of the big names competing in Glasgow, but the former world champion is not running well. He needs to get his act together.

I heard him saying in New York last month that the Commonwealths weren't important, that he wanted to focus on running quickly. But it's not going to plan and, if he's not careful, the season will be done and dusted.

He needs to get something out of the season to enable him to build on next year.

But it's going to be tough for Blake because Trinidad and Tobago's Richard Thompson, who has run 9.82secs this year, will be running against him on Friday.

There will be high expectation on Scotland's athletes during the Commonwealths, and that can be difficult to handle.

Laura Muir broke the Scottish 1500m record in Paris and is competing in the 800m on Saturday, as are fellow Brits Jessica Judd, Jenny Meadows, Alison Leonard and Lynsey Sharp.

Ajee Wilson will also be there. She beat Judd at the 2012 World Youth Championships, and is a fantastic talent and has already clocked impressive times this year.

Eilidh Child is being billed as a medal chance at the Commonwealths. She has a tough job in the 400m, with Jamaica's Kaliese Spencer the number one in the world and the red-hot favourite. One or two others will make it difficult for her to win a medal, but if she can work off the crowd you never know.

Great to have Paula back

Paula Radcliffe will make her comeback at the Worcester 10k in September and I'm delighted.

I can't run with Paula anymore, she's getting too fit. She's training, not to an international standard, but she's Paula so when she does something, she doesn't do it half-heartedly.

I coach Laura Weightman and after Laura won the British Championships 1500m a couple of weeks ago she went on a long Sunday morning run with Paula and came back knackered.

Her training is at a high level for someone who, theoretically, is keeping herself fit.