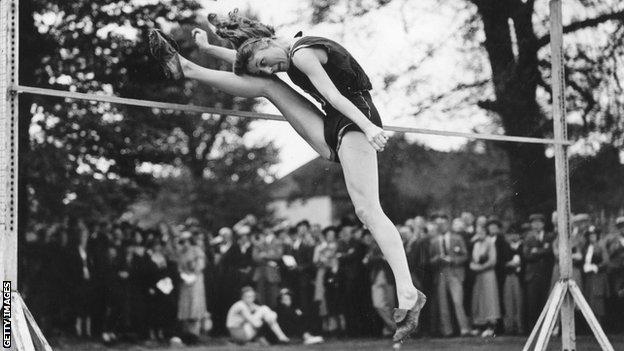 Dorothy Tyler, the first British woman to win an individual Olympic medal in athletics, has died at the age of 94.

She won a second silver 12 years later at the London Games, by which time she had married, had two children and been involved in World War II driving official vehicles.

Tyler won her first major international gold with victory at the Empire Games in Sydney in 1938 and broke the world record a year later.

She retained her Empire Games title in Auckland in 1950.

Tyler competed at four Olympic Games and was the only British woman to win an Olympic medal both before and after World War II.

She was made an MBE at the age of 81 and inducted into the England Athletics Hall of Fame in 2009.