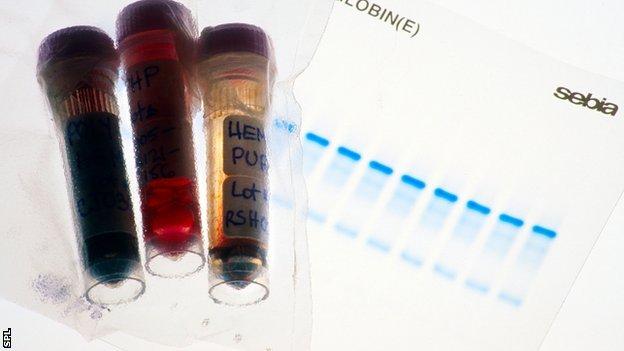 The World Anti-Doping Agency is to investigate allegations made in a series of German TV documentaries.

Wada said they had reached the decision after "careful review" of the footage.

It was claimed a top British athlete escaped investigation after athletics' governing body, the IAAF, chose not to look at 150 suspicious blood samples.

German broadcaster ARD reported claims from an anonymous member of the IAAF's medical commission that there was no targeted testing of athletes who had returned abnormal blood samples between 2006 and 2008.

As well as three unnamed British athletes, including one well-known figure, it is alleged that many of the samples involved were from Russian competitors with athletes from Kenya, Germany, Spain and Morocco also implicated.

The Russian Athletics Federation has threatened legal action against ARD, rejecting its allegations as "lies".