"I realise it's a massive achievement, but I wanted to win it," she said.

Emanuel continued his good form, setting a personal best 7:44.48 to finish behind Turkey's Ali Kaya, who broke the championship record by crossing the line in 7:38.42.

"I'm a little bit disappointed. I came here to try to win. I gave it everything I had but he was just too good for me," Emanuel told BBC Sport.

"It's nice to come here and show people I can actually run. It's a big step for me coming to this competition. I finally feel like I can belong now."

In a race where the top three qualified for Sunday's final, the Russian appeared to step off the track while pushing past Iceland's Anita Hinriksdottir and was subsequently disqualified after a successful British Athletics appeal.

Meadows clocked a disappointing 2:02.40 in finishing fourth, with the 33-year-old saying the effects of a cold had taken their toll.

"The news has come as a bit of a shock, but that's indoor athletics for you," said the 2011 European indoor champion. "I've warmed down properly, had some therapy from the support team and I'm putting all my energies into recovering from the semi-final." 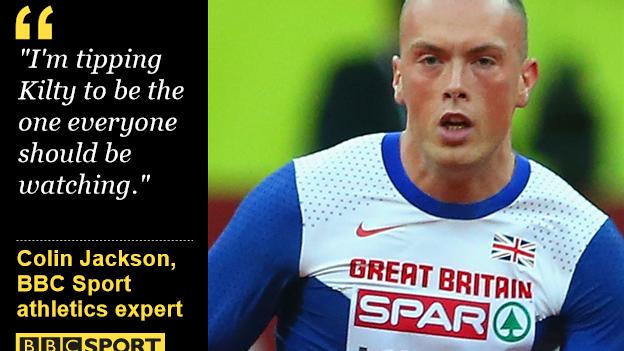 Britons Richard Kilty and Chijindu Ujah impressed in the men's 60m heats, both running 6.57 to top the qualifying rankings.