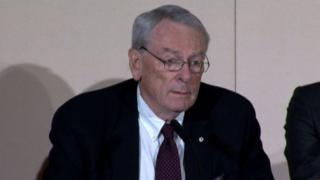 Dick Pound, chairman of the World Anti-Doping Agency commission investigation into doping among Russian athletes, says the findings are "worse than we thought" and calls for Russia to be banned from competition.

The report, instigated after allegations made on German television in December 2014, also identified "systemic failures" in the IAAF that prevent an "effective" anti-doping programme.