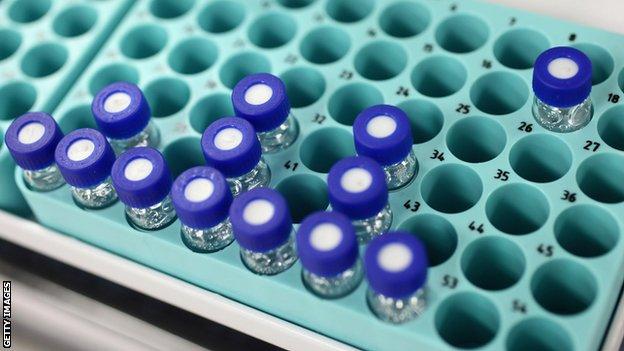 The IAAF has been accused of trying to "muddy the waters" in the ongoing investigation into doping in athletics, by an expert involved in the case.

The world governing body defended its conduct after it was implicated in the World Anti-Doping Agency's (Wada) commission into the allegations.

Michael Ashenden was one of two experts enlisted by the Sunday Times to analyse leaked data belonging to the IAAF.

He said the IAAF's 38-page statement on Friday was "deliberately bloated".

In the statement, the federation insisted it had used "every tool available to it to catch blood dopers in athletics and with considerable success".

British marathon world record holder Paula Radcliffe, who claimed she had been implicated by a parliamentary hearing, was declared "entirely innocent" by the IAAF and the UK Anti-Doping Agency after what the IAAF called a "gross misinterpretation of raw and incomplete data".

The IAAF said documents showed that it had "consistently been a pioneer" in the war against doping and sought to demonstrate that it had been rigorous in its testing and use of the blood data it held.

But Ashenden responded: "Faced with the life-threatening blood values which they knew existed amongst their athletes, I say they should have tried to push the legal envelope.

"I have argued previously that there is a place for prudence when launching legal actions based on suspicious blood results. But the blood values were so extreme, over such an extended period, that they should have tried to do something, anything. The IAAF were legally timid when they should have been morally strong."

Ashenden continued: "The irony of a disgraced federation casting aspersions is not lost on me. But their deliberately bloated document, no doubt intended to muddy the waters, cannot go unanswered.

"It is not just the Sunday Times or German broadcaster ARD questioning whether the IAAF 'idly sat by and let this happen'.

"The Independent Commission (IC) has identified corruption and bribery practices at the highest levels of international athletics, currently under investigation by Interpol. A complex conspiracy involving the IAAF. Evidence of breaches of processes and rules by IAAF officials.

"The IC said that the IAAF was inexplicably lax in following up suspicious blood profiles. I witnessed symptoms of that disgraceful behaviour when I inspected a database drenched with suspect blood profiles. I made comment accordingly.

"However, it was not until the IC released its report that I had some insight as to 'why', and 'how', suspect profiles had not been actioned."

Ashenden's colleague Robin Parisotto, who worked with him analysing the data, issued his own statement, describing the IAAF's response as "quite simply breathtaking in scope but of questionable significance when assessed in the context of the gross abnormalities evident in the database".

He added: "I ask the IAAF to perhaps stop shooting the messenger[s] and begin addressing the glaringly obvious problem of not only blood doping in athletics [made evident in the Wada IC first report] but also the potential effects of blood doping on the health of their constituency.

"As a final statement, perhaps the IAAF should take a 'cold shower' and refrain from taking pot-shots until the second Wada IC investigation is over."

Dick Pound, who led the Wada investigation, has already indicated the second part of the report - focusing on claims against the IAAF, and likely to be released in January - will have a "wow factor".