Dina Asher-Smith suffered a broken foot in her final training session before the Birmingham Indoor Grand Prix and has been forced to pull out of Saturday's event.

"What are the odds!" she tweeted.

"Last session before the Grand Prix, last reactive jump, and I land awkwardly on my foot and fracture it."

She added: "So upset and frustrated but it was a freak accident, one of those unavoidable things in life I guess. Comeback starts now." 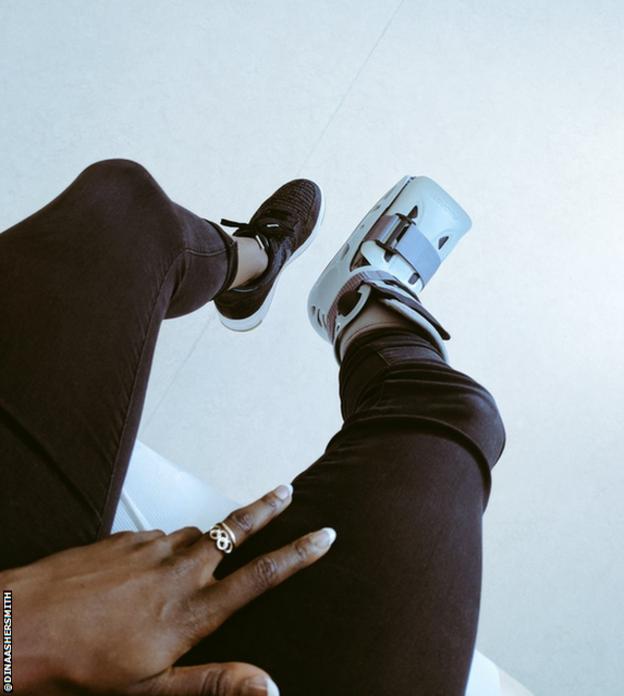 On Thursday, heptathlete Katarina Johnson-Thompson also withdrew from the event, because of a hamstring strain.

You can watch all the action from the Barclaycard Arena on BBC One from 13:15 GMT on Saturday 18 February.