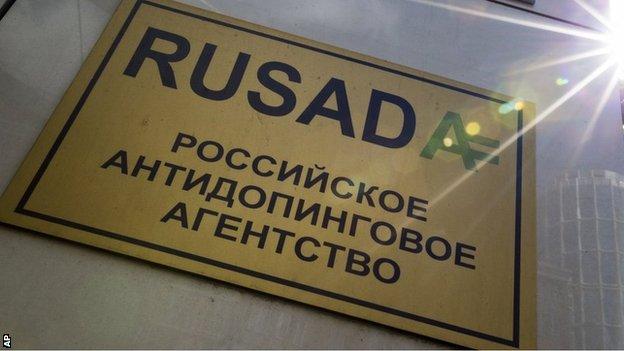 The lack of progress made by Russia in anti-doping reforms has "disappointed" IAAF president Lord Coe.

Russia is barred from international athletics after last year's McLaren report claimed more than 1,000 athletes benefited from a state-sponsored doping programme between 2011 and 2015.

The Russians vowed to make changes but the taskforce set up to monitor those has delivered a damning report.

"There is no reason why better progress has not been made," Coe said.

"It's not that complicated, frankly. The criteria we laid down is the criteria that stands. There is no timeline here. We are going to see this through."

Speaking at a IAAF council meeting in London, Coe said that the six milestones set out for the reinstatement of the Russian Athletics Federation are still outstanding.

Furthermore, the taskforce concluded "it does not look like they will be met any time soon".

Their concerns centre on problems with testing, the difficulties in getting biological passport samples, issues around closed cities, and the employment of coaches who were linked to tainted regimes.

Meanwhile, the World Anti-Doping Agency has lifted the suspension on the doping analysis laboratory in Doha.

It was one of 34 Wada-accredited facilities to lose its status last year.