Zoey Clark has called the current crop of Scottish athletes the "golden generation" after a record number of her compatriots were selected for the European Indoor Championships team.

Nine Scottish athletes, including Laura Muir and Eilidh Doyle, will compete for Great Britain at the event in Glasgow from 1-3 March.

"Scotland's not a big country so to have such a strong fraction of the team is amazing," said Clark, 24.

And she added: "I don't think it's a surprise, though, Scottish athletes have been on the up and up the last few years. I'm just so proud I can be part of that."

Clark won the British Indoor 400m title in Birmingham earlier this month with a time of 52.85 seconds.

That clinched her a place in the 48-athlete British team for the European Championships and she is relishing the opportunity to compete in her home country - as well as inspiring the next generation of athletes.

"As soon as I found out that the Europeans was going to be in Glasgow I knew I really wanted to be in that team," she added.

"I'm so glad that I've managed to do that - getting to compete in Scotland is just amazing.

"It's difficult for me thinking I can be a role model to people, but I've been to a lot of schools on visits and it's great to see how inspired these young children get." 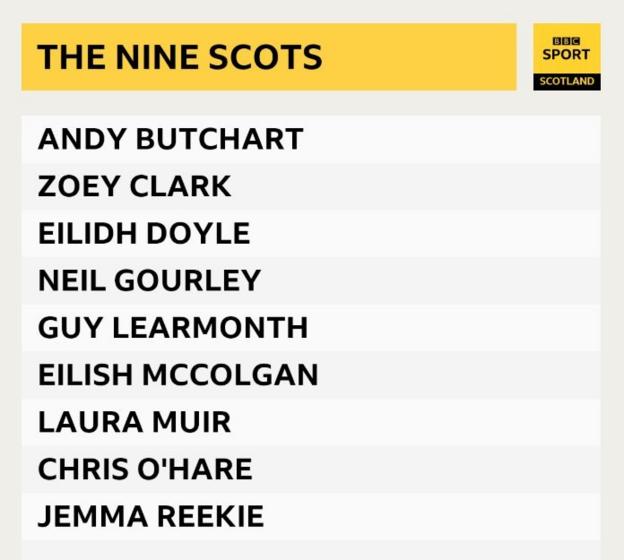