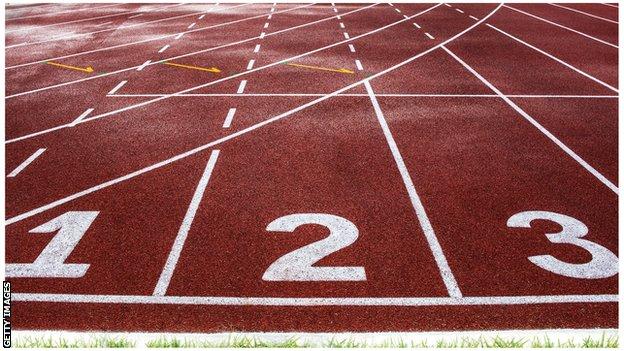 UK Athletics (UKA) "needs to transform the way it approaches difficult ethical decisions", according to an independent review.

The study said many of those interviewed identified "a general culture of mistrust" and "experienced poor behaviours" at the governing body.

Commissioned by funding agency UK Sport in February after a series of controversies and resignations at UKA, the review also orders the body to reform its board by the end of the year.

"The scars inflicted as a result of the period of difficulty within athletics are clear to see," it concludes.

"The impression formed during the review was that athletics in the UK is not in a good position."

UKA said it welcomed the review and accepted "a need for change".

Set up in February and led by Dame Sue Street, the review was designed to identify the main areas of reform required to create an organisation that was "fit for the future".

In a summary of findings, it said, "Many of the participants that were interviewed highlighted a disappointment at having experienced poor behaviours within the sport, and also referred to a general culture of mistrust.

"This was particularly highlighted in relation to the relationship between UKA and the HCAFs (home countries' athletics federations)."

UKA were also accused of adopting a defensive approach to the engagement with stakeholders.

"It was often referenced that the current state of athletics 'couldn't get any worse'," the review said.

With UKA having been allocated £26.9m in public funding for the Tokyo 2020 Olympic cycle, it has been suggested a failure to carry through with a "change plan" could risk a cut in investment.

Among the key recommendations is the appointment of an independent chair. UKA must set out how it plans to carry out the reforms by the end of September, and complete them by the end of the year.

Incoming UKA chief executive Zara Hyde-Peters could not take up her role as intended last year over a safeguarding issue, while chair Chris Clark stood down in February after just seven months in the post.

UKA has also come under intense scrutiny over its handling of its relationship with disgraced running coach Alberto Salazar, who was banned for four years for doping offences in October. He is appealing.

Salazar was appointed as a consultant to UKA's endurance programme in 2013 after he masterminded Briton Mo Farah's 5,000m and 10,000m gold medals at the London 2012 Olympics.

The American ran the now disbanded Nike Oregon Project which was home to Farah between 2011 and 2017. There is no suggestion of any wrongdoing by Farah, who has never been accused of breaking anti-doping rules.

In 2015, despite claims against Salazar in a BBC Panorama documentary, an internal review concluded there was "no concern" about letting Farah continue to be coached by Salazar.

As well as the board reforms, UKA is required to introduce an ethical decision-making culture and a new communications strategy.

Great Britain won just five medals at the 2019 World Championships - the lowest since 2005.

The review also says UK Sport's board needs "to reflect on its role and impact, not just on the sport of athletics, but across the system".

It says UK Sport does appear to have addressed "the notion that was often highlighted in the review that UK Sport's approach is solely driven by medals".

But it adds: "The culture within the high- performance system will be directly impacted by the areas set out in the strategy, such as funding longer- term potential, focusing on ethical and behavioural standards, mental health, athlete transition, and connectivity.

"It should be noted that this message doesn't appear to have filtered out well enough to the system.

"UK Sport should also consider what is the appropriate level of intervention to adopt for sports in crisis. It is important that UK Sport recognises situations in which it is appropriate to take a more interventionist approach, and how it would do that.

"This is particularly relevant in relation to board appointments. UK Sport should be vigilant about appointments that are made at board level and ensure that its role is sufficiently influential. In this instance, the time is right for UK Sport to be more proactive."

Nic Coward, chair of UKA said the governing body "welcomes the report" and "the change plan", adding: "It captures what we have heard very strongly from across the sport, that there is a need for change. That is what we will be getting on with.

"We're committed to working with all involved in the sport and are already doing so, particularly with the home countries, to implement change for the good of athletics."

Sally Munday, chief executive of UK Sport said: "We hope that this can mark the beginning of a new chapter for athletics in this country.

"We've been encouraged by the positive engagement we've had with the board and executive leadership team at UKA in recent weeks and believe that this can be the springboard needed for one of our most popular sports to flourish."