Hill represented Britain in the marathon at the 1964 Tokyo Olympics and at Munich in 1972.

In 1970 he became the first Briton to win the Boston Marathon, breaking the course record, and won Commonwealth gold the same year in a time of two hours nine minutes 28 seconds.

Hill also ran at least one mile every single day for 52 years and 39 days before ending his streak aged 78.

The Accrington-born athlete ran every day from 20 December 1964 to 31 January 2017 - including after snapping his sternum in a car accident in 1993.

His winning time at the Commonwealth Games in Edinburgh made him only the second man to break 2:10 for the marathon, and he still ranks as the 12th fastest Briton of all time over the 26.2-mile distance, while his winning time in Boston of 2:10:30 took more than three minutes off the existing course record.

He later founded a sportswear company, which paid tribute on Sunday to "our founder, our inspiration, a husband, a father, a grandfather, a runner". 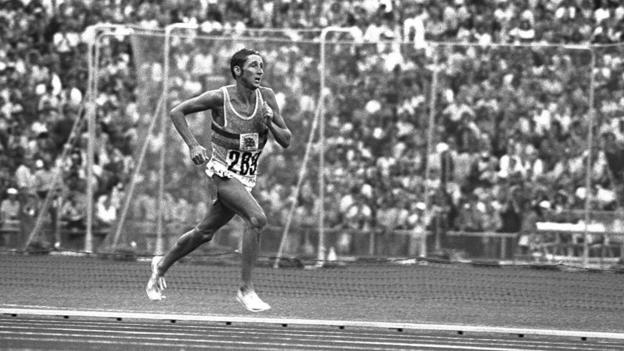