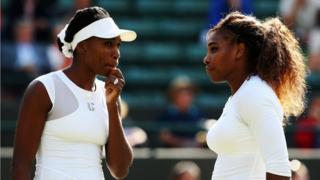 BBC Sport looks back on some of sport's greatest sibling rivalries, as for the first time in NBA All-Star history a pair of brothers, Pau and Marc Gasol, will feature on opposing sides.

Sunday's NBA All-Star game pits the best players from the competition's Eastern Conference against their Western counterparts and this year takes place at Madison Square Garden in New York.

'Should we applaud a 10-run partnership?'