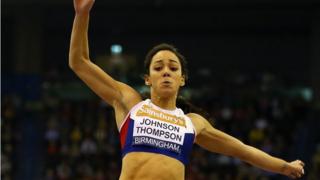 The 22-year-old beat Canada's Christabel Nettey into second place in her second competition since coming back from injury.

Johnson-Thompson continues her impressive start to the season, having set a new British high jump record at the Indoor British Championships in Sheffield last week after clearing 1.97 metres.