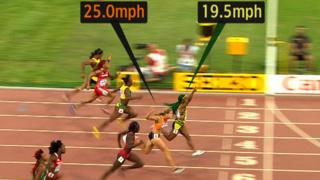 Johnson adds that with greater lane discipline the silver-medallist and "new kid on the block" Dafne Schippers could have beaten the Jamaican.