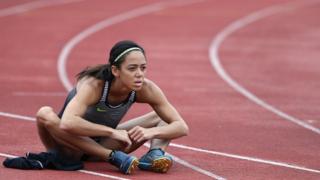 Highlights from the prestigious Hypo-Meeting in Gotzis, Austria. The event is one of the year's standout competitions in decathlon and heptathlon and will throw up plenty of form clues with the Olympic Games just a couple of months away.

Britons Katarina Johnson-Thompson and Morgan Lake are both set to compete, as they bid to achieve the qualifying standard required for Rio.

Jessica Ennis-Hill, who made her long-awaited comeback to heptathlon in Gotzis in 2015, is not fit enough to return but will be keeping an eye on how the likes of Canadian world silver medallist Brianne Theisen-Eaton perform in Austria.