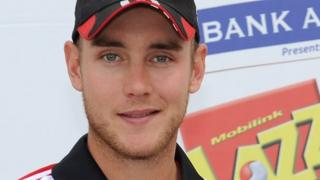 Broad 'delight' to be back in charge

England Twenty20 captain Stuart Broad talks of his "delight" at being back in charge for the three-match series against Pakistan.

The 25-year-old was appointed in May 2011 but has missed three of the five games England have played in the format having injured his shoulder during the one-day series against India last September.

The Nottinghamshire all-rounder is waiting on the fitness of Ravi Bopara and would not confirm whether Kevin Pietersen will open the batting following his one-day renaissance.