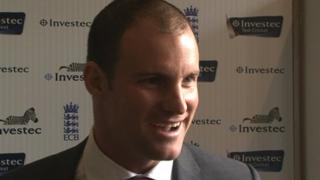 Tendulkar reached the feat by compiling a ton in a one-day game against Bangladesh in Dhaka on Friday.

Strauss says the Indian is the person "I've most enjoyed watching" throughout his career, and believes Tendulkar is the player "by which all others are measured".