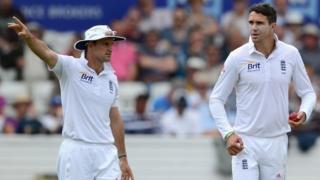 'Trust a massive issue with Pietersen'

Kevin Pietersen will not play for England this summer after director of cricket Andrew Strauss said there was a "massive trust issue" between the two.

Strauss said Pietersen, who recorded a career-best 355 not out for Surrey on Tuesday, has not been banned from future England action.

However, in a meeting with Strauss on Monday, Pietersen was told he would not be considered for the two-match series against New Zealand, which starts next week, or this summer's home Ashes series against Australia.