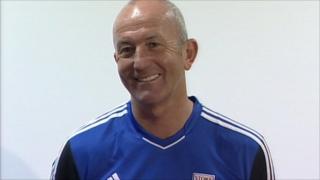 Stoke City manager Tony Pulis believes clubs playing in Europe should be able to sit down with the Football Association to adjust their fixture lists and help them compete.

Stoke host Besiktas in the Europa League before playing at Swansea on Sunday, and have away matches scheduled after each of their six Europa League group games - something Pulis describes as "an unbelievable statistic".

Pulis praises the European pedigree of the Turkish cup holders and says he hopes his side can give the crowd at the Britannia Stadium "something to cheer about" on Thursday evening.