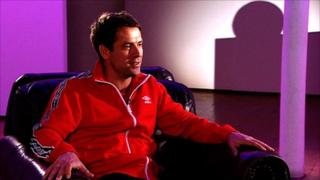 Manchester United's Michael Owen says England were "strong as a unit" and there were "a lot of positives to take" following their 1-0 win over world champions Spain at Wembley, but says they need to find their "identity" as a team.

The former Liverpool, Real Madrid and Newcastle forward has 89 caps and scored 40 goals for England but has not played for the national side since March 2008.

Owen was being interviewed by Alan Shearer for Football Focus, broadcast at 1200 GMT on Saturdays on BBC One and Online.