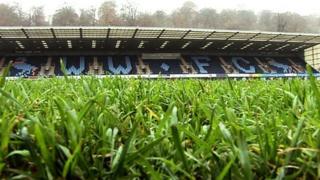 Accrington Stanley are one of several Football League clubs considering the possibility of playing matches on artificial pitches in a bid to increase revenue and cut maintenance costs.

Plastic pitches were banned in England by the Football Association in 1988 but some clubs are now thinking of re-introducing the controversial surfaces.