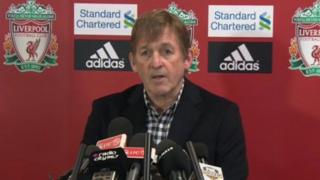 Cardiff will be difficult - Dalglish

Liverpool manager Kenny Dalglish says victory in this Sunday's Carling Cup final against Cardiff City will be far from a "foregone conclusion".

The Reds are favourites to lift the trophy after knocking out Manchester City in the semi-final, and would mark their first silverware since 2006.

But Dalglish believes even though winning the final would bring "great satisfaction" to everyone involved at Liverpool, they are wary of the Championship team causing an upset.