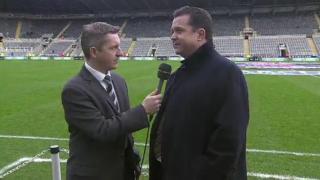 On Friday Connor was promoted to manager until the end of the season after his predecessor Mick McCarthy was sacked. following Wolves' poor run of form.

Moxey says speculation surrounding the number of candidates interviewed for the position is "unfair and disrespectful" to Connor, who was always a "genuine contender".