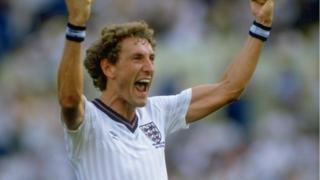 Former England captain Terry Butcher urges the Football Association to be "bold" and appoint Fabio Capello's successor, saying it is a "farce" the national side have no manager so close to Euro 2012.

The FA began the process of finding Capello's replacement last month after the Italian quit and assistant boss Stuart Pearce has since taken the role on a short-term basis.

Butcher says the next England boss "must be English" and it is irrelevant if he has had success at club level.

He names Tottenham manager and current favourite Harry Redknapp, plus Roy Hodgson, as his preferred candidates.