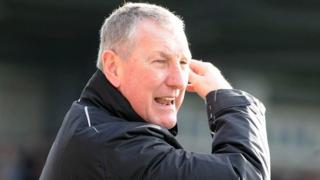 Speaking after the 3-0 defeat by Dundee United at Tannadice, Butcher said it was a "step in the wrong direction".

He spoke to BBC Scotland's Chick Young about his concerns.