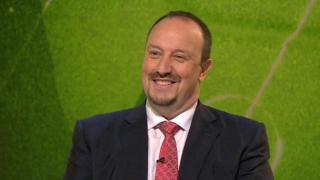 Former Liverpool manager Rafael Benitez says he has had no offer from Chelsea to fill the managerial vacancy at Stamford Bridge, but insists he is in no rush to find a job that "matches my ambition to win trophies".

The Spaniard, who won the Champions League with Liverpool in 2005, shrugs off the negative reaction from some fans to speculation he could succeed Andre Villas-Boas, who was sacked after nine months in charge.

Benitez says the Valenica fans were also "not sure" about him when he arrived as a young manager from Tenerife, but adds that after two Spanish league titles "they loved me".