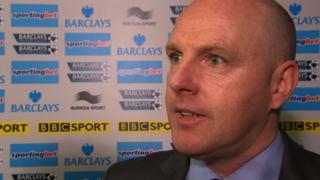 Blackburn manager Steve Kean says his side's 2-0 victory at Wolves had "been coming" after some recent good performances.

The three points moves Rovers clear of the Premier League relegation zone, and Kean says the fans who stuck with the team through their poor spell in the winter are seeing the rewards for their loyalty.