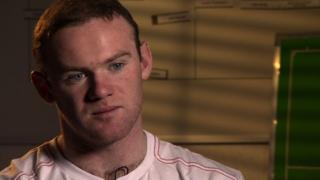 Rooney on United-City rivalry and England

Rooney talks about United's title bid and how "satisfying" it would be to beat rivals Manchester City for the Premier League crown.

The striker also recalls the "nightmare" 6-1 home defeat by City and his "excitement" at who will become the next England manager.