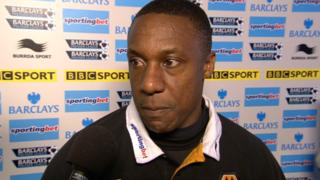 Following his team's 5-0 defeat by Manchester United, Wolves manager Terry Connor says his players showed the determination that he believes will be necessary in the battle for Premier League survival.