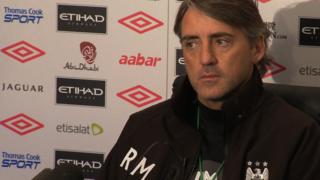 Manchester City manager Roberto Mancini believes that medical screening is "better in Italy" and expresses his concern at the "light" procedure undertaken in the Premier League.

Expressing his happiness at hearing of the improving medical condition of Fabrice Muamba, the former Inter boss admits to concern when he arrived in England that pre-season medicals were not rigorous enough.

Meanwhile, the Italian confirms that Carlos Tevez could make the bench for Wednesday's Premier League match against Chelsea, whom he describes as a "fantastic team".